I don’t typically remember celebrity deaths, certainly not where I was or what cup of tea I was making. Michael Jackson was an anomaly only because I had a paper round back then and had to hand deliver his pigment-stricken death mask through letterboxes across my town courtesy of The Sun. I’ll never forgive them for that – a particularly harrowing image when accompanied by the rabid expulsions of whatever dog clawed behind the door. I did however remember one other death. David Bowie, outside of my university library in Bournemouth. We all remember the celebrity onslaught of 2016, well, Bowie kicked the whole thing off, as if the Grim Reaper himself was pissed off he was taken too soon. Both my mother, brother and I were equally distraught, exchanging mournful mumbles on the phone, sharing our final memories in preparation for our respective speeches at the nationwide funeral. Bowie left a legacy that felt like a personal loss, maybe because to us he felt artistically omnipresent, or that we assumed he’d just eventually metamorphize back into his extra terrestrial alias and exit earth when the human race died out. I’ve subsequently listened to Five Years, a contender for my all time favourite belter, many times since his passing. Now especially, it feels oddly pertinent, the frustration of this kitschy movie world, Cadillacs and milkshakes tall and long, too caught in its own reflection to care about the world ending, the five year kaboom clock. Makes you wonder, is that how it’ll be? Environmentalists would say so; there’s a limited time left and we need to act now before we slip into oblivion. Fans also speculate Bowie gave us pretty weighty clues to his deteriorating health in his final albums, but when he died it felt totally unexpected. Just like the characters in Five Years, do we choose to ignore tell tale signs because it’s an inconvenience to our lives? Apologies for the apocalyptic meandering but if anyone deserves it, Ziggy Stardust does. 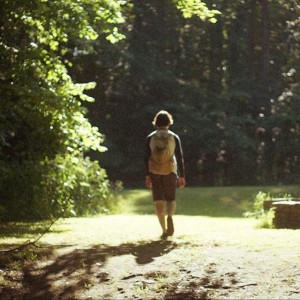 Dogs 4Ever, the new release of Snoop Dogg and Bo Johnson via Daxsen Music Group